The House works from home

The shortage of supplies for frontline health workers is so severe in her district that Rep. Elissa Slotkin has started texting sewing patterns of DIY face masks to embroidery companies. In between, she’s making nonstop calls to the governor's staff, hospitals and other state leaders to seek help for her constituents from the coronavirus pandemic. And she’s doing it all from her family’s farm in Holly, Mich.

“The military would call this ‘discovery learning,’” said the freshman Democrat and former CIA analyst, who said she is spending as much as 13 or 14 hours on the phone each day. Slotkin has also held as many digital events as possible, including a virtual summit for 200 small business owners, a conference call with 300 bankers and a tele-town hall that drew 6,000 people.

As the outbreak threatens to overwhelm the nation, more than 400 House members are working to combat an unprecedented crisis almost entirely from their living rooms — sometimes enduring the same daily indignities, like botched conference calls, that millions of other Americans are experiencing while forced to work from home.

“A lot of us are doing very different jobs than we did two weeks ago,” Slotkin added in the interview.

Members of the House have spent the last 12 days mostly hunkered down around coffee tables and countertops as they grapple with the mounting caseloads of coronavirus in their districts and the rapidly deteriorating economy. That includes most of Speaker Nancy Pelosi's leadership team, who drafted a 1,443-page rescue package remotely in just a matter of days. 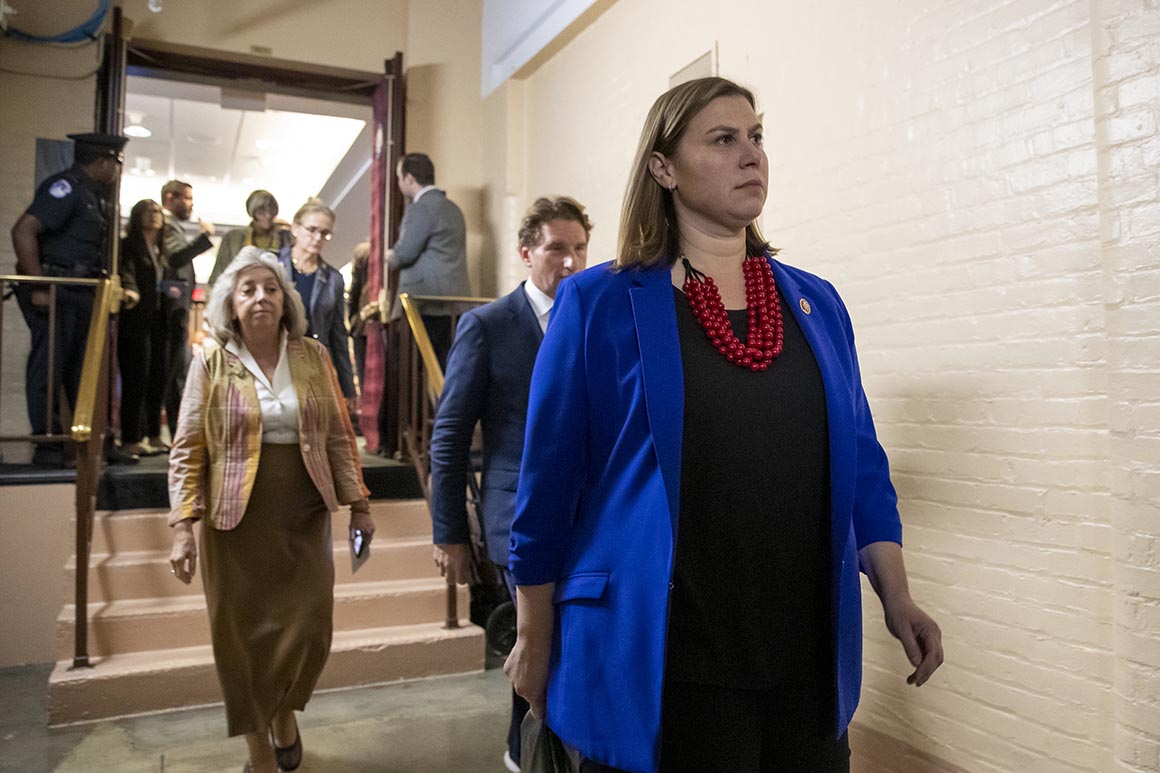 “Our dining room table is now kind of command central,” said Rep. Dean Phillips (D-Minn.), who has spent the recess holding teleconference after teleconference, including one with Sen. Tina Smith, a fellow Minnesota Democrat, that drew thousands of attendees.

The experience, according to lawmakers and aides, has been more than just replacing Congress’ ritual of in-person meetings with conference calls. It’s a radical shift for a governing body built on face-to-face interactions, particularly for senior members who are accustomed to being surrounded by staff and followed around the Capitol by press.

And it’s an enormous challenge, technologically, for an institution that’s largely stuck in the 19th century. Members are still handed pagers after they’re sworn in, and most staff aren’t trained in secure video-conferencing, let alone how to conduct a thousand-person tele-town hall.

Rep. Max Rose — a platoon leader in Afghanistan before he came to Congress last year — has turned his home in New York City into a one-man war room amid the epicenter of the national outbreak. In Staten Island alone, where Rose lives, the number of cases soared to 935 on Tuesday.

Over the last week, the freshman Democrat helped secure New York City’s first testing site in his district and pushed the White House and state officials to speed up procedural steps like FDA approval.

“We are building the plane as we fly it,” Rose said.

Last week, Rose went out and visited the testing site, where he and others have been helping to recruit former or retired health care workers to sign up for shifts. He’s also stepped up public outreach, dialing into a local Fox 5 station as he sought to reassure his district: “Now we’re at war with a virus, not an army,” he told the anchor.

The fight has gotten particularly close to home for several members, who have been quarantined after possible exposure. Rep. John Yarmuth (D-Ky.), who ended his quarantine over the weekend, has been taking part in a stream of conference calls, local TV appearances and even co-teaching an online class at a local university.

Rep. Don Beyer (D-Va.) used a videoconferencing system to appear on CNN while quarantining at home, discussing his failed attempt to get a test from the House physician’s office to learn whether he personally had the virus. After showing no symptoms of the virus, Beyer will hold a virtual town hall on Tuesday.

It doesn’t all go off without a hitch: On a Friday tele-conference call with the Congressional Black Caucus, for example, Chairwoman Karen Bass (D-Calif.), had to adapt on the fly when she was told other speakers weren’t on the call.

But it’s a particularly important task for first-term lawmakers, who are overseeing resources and communication for their districts as they make their first attempt at reelection — particularly now that the response to the virus is likely to dominate their campaigns.

Rep. Abigail Spanberger (D-Va.) took a virtual tour of the Virginia Commonwealth University hospital system and spoke with administrators via video call. Rep. Kim Schrier (D-Wash.), a pediatrician, announced a Facebook Live event where she and her young son will take questions from kids about the coronavirus outbreak. Rep. Ayanna Pressley (D-Mass.) hosted a virtual story time on Instagram where she and her step-daughter read “The Story of Coretta Scott King.”

It’s still unclear when the House will return to Washington.

Pelosi and her leadership team have said members won’t be called back until there is a fully negotiated stimulus package ready for a vote, though there is also hope that the House would be able to pass a bipartisan Senate deal by unanimous consent. That would spare lawmakers from having to cram into the House chamber this week for a roll call vote in order to deliver relief to the public.

Dozens of lawmakers in both chambers — including nearly 70 House Democrats — have also called on House and Senate leadership to consider remote voting at a time when the nation’s public health experts have discouraged gatherings of more than 20 people.

But other lawmakers, including Slotkin and members of leadership, have warned that such a dramatic change to congressional rules would be unlikely, if not impossible, in such a short time frame. That means lawmakers will eventually have to return to the House — with some, like Rose, already vowing to drive instead of taking the usual train or flight.

Philips, a Minnesota Democrat, said the forced isolation was “strangely accommodating” for his job at this moment, which consists of a lot of phone calls but zero hours of fundraising or lengthy flights to Washington.

“There’s a silver lining in this,” he said. “It’s fair to say I’m communicating with more constituents, more broadly and more deeply, right now, than I’ve been able to in a year and a half in Congress.”

What is harder — Phillips said, after taking part in several days of nonstop calls with his colleagues — is actually legislating from afar.

“Deliberating is damn hard when 435 members are spread out in every nook and cranny in the country,” he said.